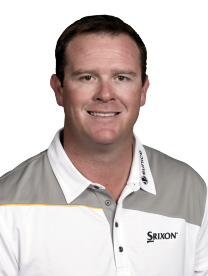 Charlie Beljan scored his first PGA Tour victory in 2012 at the Children’s Miracle Network Hospitals Classic in dramatic and inspirational fashion. During the second round, Charlie suffered a panic attack on the course and was rushed to the hospital in an ambulance. Despite a doctor’s recommendation that he withdraw, Charlie persevered and won a 2-stroke victory, finishing 63rd on the 2012 PGA Tour Money List. Charlie’s victory made him only the 4th rookie to win in 2012. In 2013 and 2014, Charlie continued his success, finishing in the top 125 on the PGA Tour Money List and Charlie begins his 4th consecutive PGA Tour season in 2014-15.

After graduating from New Mexico in 2007, Charlie played on the Gateway Tour from 2008-11, winning 7 times and leading the Gateway Tour Money List in 2009. He earned his 2012 PGA Tour Card by finishing in a tie for 13th at the 2011 PGA Tour Qualifying School. Charlie was also the 2002 US Junior Amateur Champion.

Physically imposing at 6’4″, Charlie is one of the longest hitters on tour and in 2014 ranked in the Top 15 in driving distance and eagles made, making him one of the most exciting players to watch on Par 5′s.