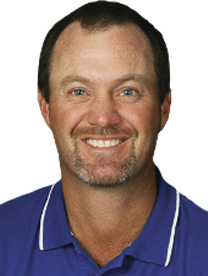 Wisconsin’s favorite son, Jerry Kelly has been a mainstay on the PGA Tour for more than fifteen years. Jerry is looked up to by young PGA professionals both for his success on the course and his dedication to family, community and charity.

Jerry has 8 professional wins on his resume, including wins at the Sony Open, Western Open and the Zurich Classic of New Orleans and won the 2009 Shark Shootout with Steve Stricker.

Jerry played for the United States in the 2003 President’s Cup and supports many patriotic causes including Heroes For Kids, Birdies for the Brave and Wounded Warriors.

Jerry is one of those rare athletes who inspires and mentors….making the PGA Tour and everyone he meets better by his presence.