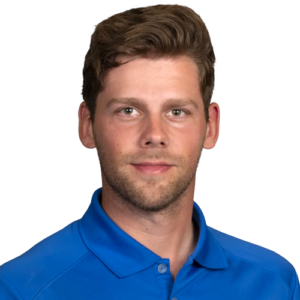 Born in the Netherlands, Rowin has followed up an impressive career at Florida State with a terrific debut on PGA Latin America. Rowin was a four year letter winner at FSU, a 3rd team All-American and a member of Europe's 2015 Palmer Cup team. Rowin's PGA Latinoamerica debut included making 8 cuts in 11 starts, 3 top ten finishes and a number 14 Ranking in the Totalplay Cup standings, securing his card for 2022-23.

Rowin spends time in both Florida and the Netherlands, and is ready to secure PGA Tour status in the very near future.
Return To Client Listings