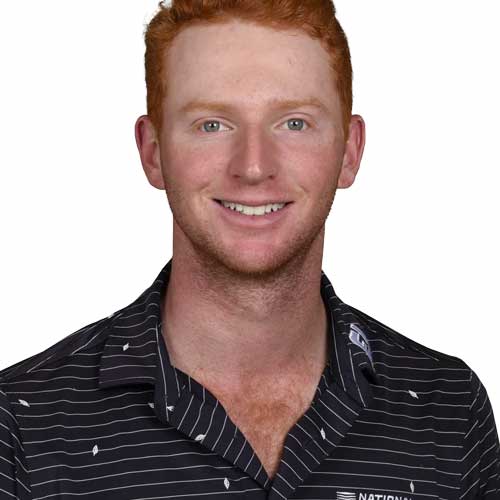 Stephen Franken is one of the young, upcoming stars on the Korn Ferry Tour, finishing the 2020 season with a 9th place finish in the Orange County National Championship, leading the tournament at the 36-hole mark. Stephen looks forward to 2021 with great anticipation, looking to build on his first Top 10 finish.

Stephen had a storied amateur career at NC State as a two-time all ACC 1st Team member and a 2018 2nd Team All-American. Stephen has the lowest scoring average in NC State history and won two tournaments for the Wolfpack. Stephen was the 2018 ACC Player of the Year and represented the U.S. at the 2018 Arnold Palmer Cup in France, where he went 2-2 in his four matches for the winning Team USA.

In 2019 Stephen finished T-4 at PGA Tour Canada Q-School, playing all four rounds under par. Stephen had two Top 25 finishes in 10 events and graduated to the Korn Ferry Tour in 2020 with his journey including earning medalist honors at 2nd Stage and a T-7 finish at Final Stage, highlighted by a final round 65.

Stephen lives in Raleigh, NC, where he can be found playing golf and supporting all of the local Carolina Pro sport teams. An NC State graduate in finance, Stephen is a bright and measured soon to be star on the PGA Tour.